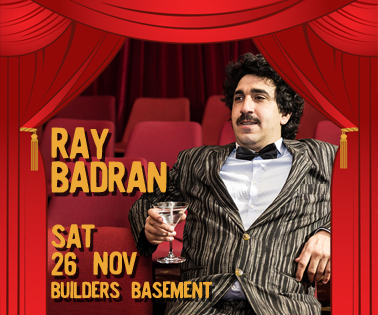 Born and bred in the Gong Ray has honed his performance skills and material and is now considered at the forefront of a new generation of comedians who are both edgy and inventive.
2015 has seen Ray perform his solo show ‘Raised and Confused’ at the Melbourne, Brisbane, Perth, and Sydney comedy festivals as well as his weekly segment ‘The Early Early News’ on Triple J radio.
A regular at the Comedy Store, Ray has also opened for Matt Okine, Steve Hughes, Tony Martin and Dave Hughes.
Presale $15 / $20 door
Doors 8pm / 8.30pm show
The Builders Club
61 Church St Wollongong
+ Google Calendar+ iCal Export