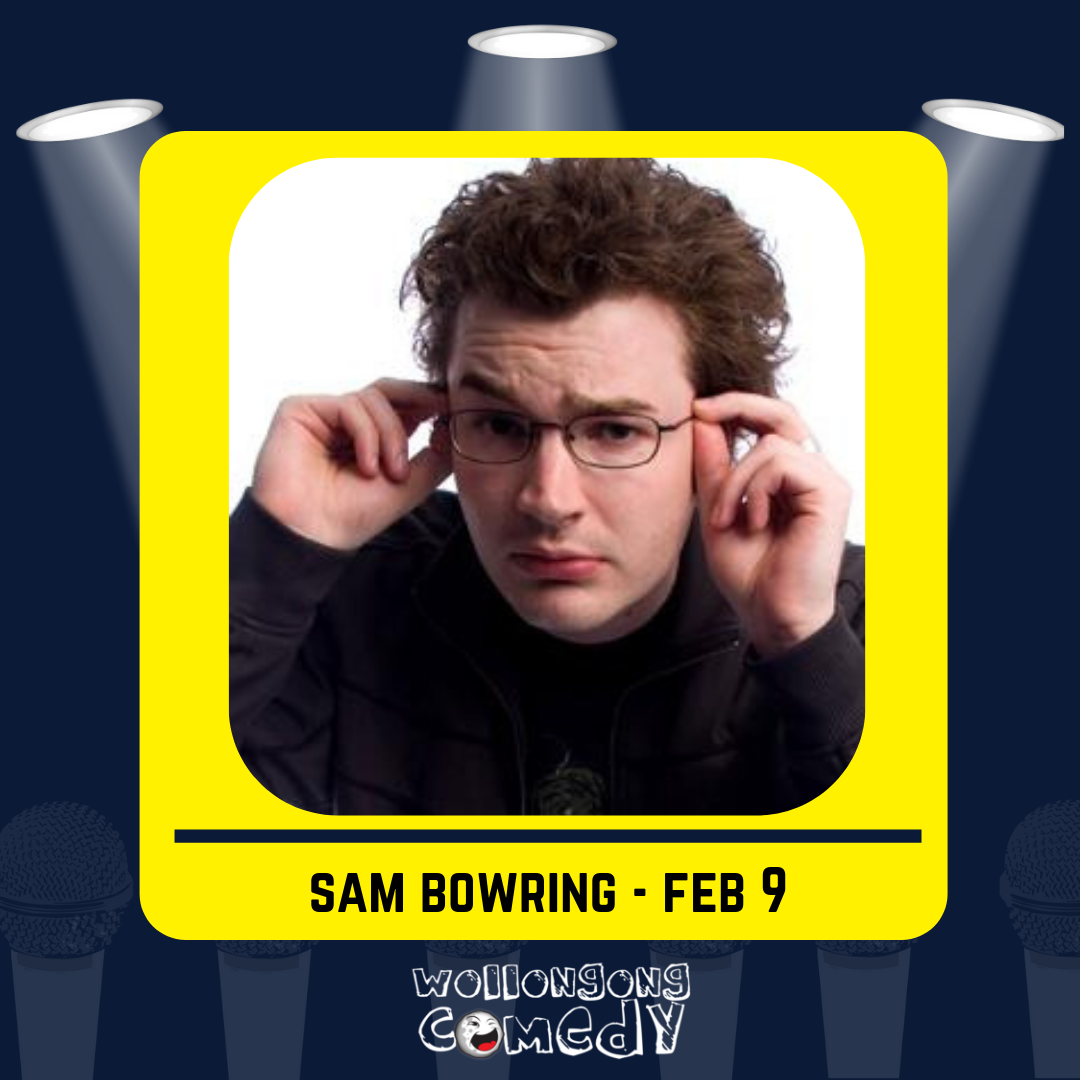 Sam began performing standup comedy at the famous (at the time) (in Sydney) (amongst certain circles) Harold Park Hotel when he was 16, getting his first paid work there at 17. He has since been runner-up in the Raw Comedy National Final, nominated for Best Emerging Comic at the Adelaide Fringe, and for both Best Newcomer and the Piece of Wood Awards at the Melbourne International Comedy Festival. Fortunately, he’s never actually won anything, so this mild success never went to his head.
He founded one of Australia’s best loved stand-up rooms, Mic in Hand at the Friend in Hand, which continues to this day. He has supported the likes of Wil Anderson, Dave Hughes, Danny Bhoy and Arj Barker amongst others, and appeared often on TV, radio and in comedy festival shows around the country.
Sam’s television writing credits include three seasons of the popular children’s sketch show ‘You’re Skitting Me’ (ABC3), Slime Cup and Crash the Bash (Nickelodean) as well as ‘X Factor’ (Channel 7), ‘The Voice’ (Channel 9), ‘The Big Bite’ (Channel 7), ‘The Mansion’ (Comedy Channel) and ‘The Ronnie Johns Half Hour’ (Channel Ten). He was a contributing writer and performer on the popular Foxtel program ‘Stand-up! Australia’, and a staff writer on ‘Rove’ (Channel 10).
He is also the author of over 10 books, including the critically acclaimed fantasy series ‘The Broken Well Trilogy’, which has reprinted four times and sold over ten thousand copies. Recently he released a card game called Bedlam, successfully through kickstarter and now commercially available through madhouseink.com. His latest children’s book, ‘The Little Bad Wolf’ came out in September 2016.
And here is an extra sentence for no real reason.
For clips and writing, visit:
sambowring.com
“ **** His jokes are like ninjas quietly sneaking up on you … undeniably funny.’”
– Adelaide Advertiser
“He makes it easy to laugh… an immensely likeable boyishness… his endearing meander earned well-deserved laughs”
– Beat Magazine
“A comedic chameleon, Bowring works a concept over from every angle until it begs for mercy and the audience begs for more.”
– Darkside, Triple M
MC – Dan Rath
Supports – TBA
Doors Open 8. Showtime 8:30pm
Presale $18. Door Sale $23
+ Google Calendar+ iCal Export