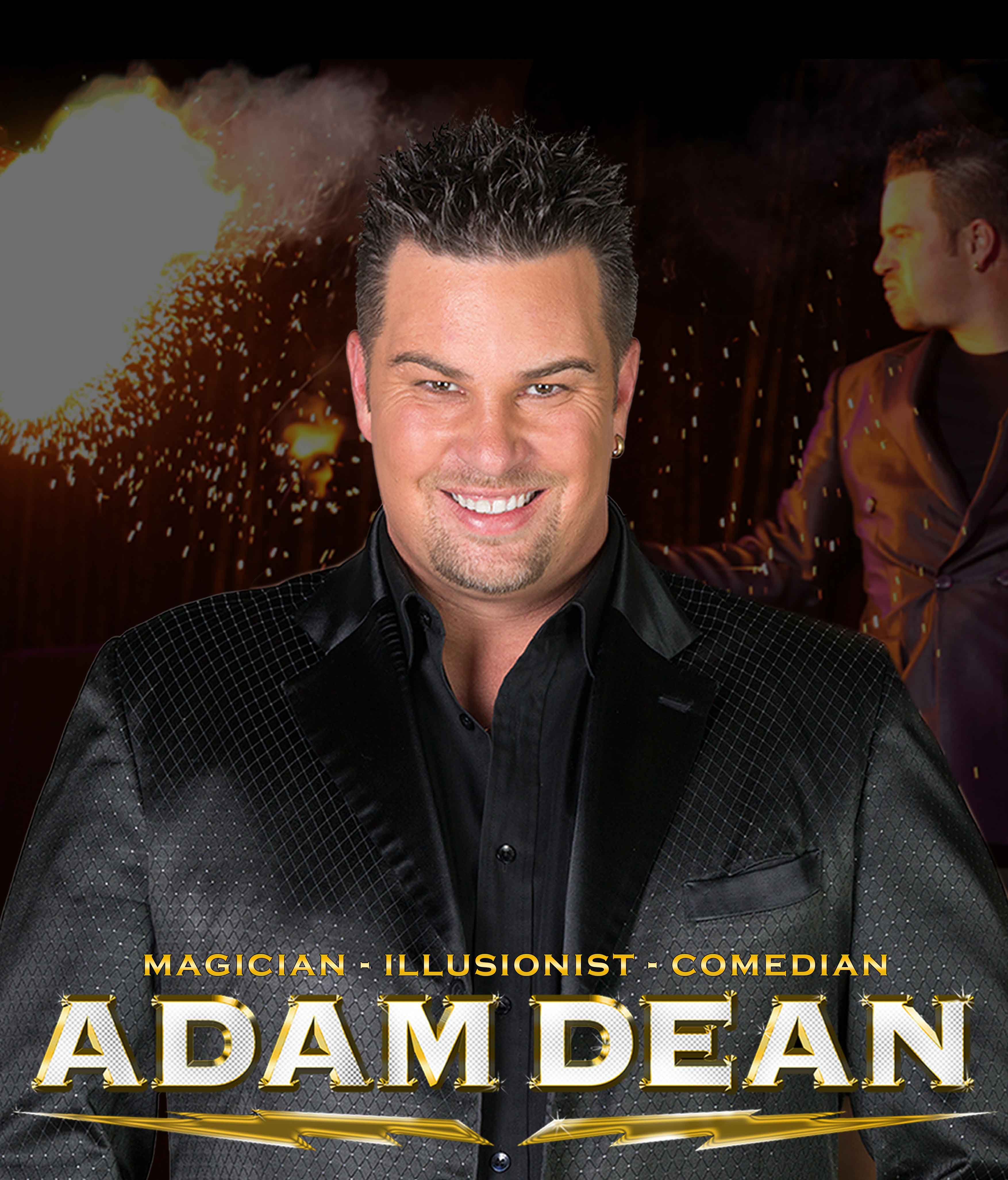 He was here earlier in the year with his Magic-Comedy routine and now we want it all.

Adam Dean is considered one of Australia’s leading entertainers in the field of comedy, magic and illusion.

Performing both in Australia and internationally, Adam Dean has showcased in conjunction with some of the best magicians and comedians across the globe including 30 different countries and on board 16 international cruises.

His sensational performance leaves those who witness his show astounded and marvelling at the execution of his unique trickery, illusion and sleight of hand.
Entering his 20th year as a full-time professional Corporate Entertainer, Adam Dean is not your typical “rabbit out of the hat” magician. He stays on the cutting edge of technology and magical effects to ensure his show is always new and exciting to every audience.

Encapsulating fire, mind reading, levitations, disappearances, interactive audience participation and illusions, performances are ensured to thrill even the most skeptical of spectators.
Adam Dean believes the art of entertainment involves tapping into people’s emotions, appealing to their sense of humour and bringing a smile to your face.

His largest show to date is in front of a crowd of 40,000 with his smallest being an intimate dinner for two where he magically produced a ring for a proposal.

Whether performing up close in a walk around situation or on the big stage Adam Dean’s showmanship is SIMPLY MAGICAL!

Get your tickets early as this will sell out.