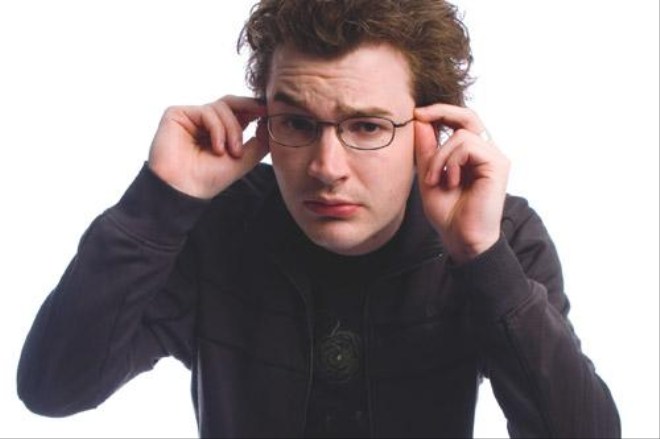 Sam began performing standup comedy at the famous (at the time) (in Sydney) (amongst certain circles) Harold Park Hotel when he was 16, getting his first paid work there at 17. He has been runner-up in the Raw Comedy National Final, nominated for Best Emerging Comic at the Adelaide Fringe, and for both Best Newcomer and the Piece of Wood Awards at the Melbourne International Comedy Festival. Luckily, he’s never actually won anything, so his mild success never went to his head.

A writer from a young age, his first novel was published when he was nineteen. Since then he has written several more, including the critically acclaimed fantasy series ‘The Broken Well Trilogy’, which has reprinted four times and sold over ten thousand copies. He followed it up with the ‘Strange Threads’ duology, which was selected for ‘Get Reading: 50 Books You Can’t Put Down’ campaign in 2012.

He started popular comedy night ‘Mic in Hand’ in Sydney, has written for various televisual broadcasts.

We also have a big night of supports this show…

Plus our true and trusted MC Stuart Macpherson