Wollongong Comedy > AbOuT uS

It all started back in 2006 when Marty Henchion started the Craichouse. After 6 years Marty moved on to different adventures and Wollongong Comedy was born with Shane LadyMoon and Stu Macpherson.

Since then Wollongong Comedy has grown with regular pro and open mic nights. Helped develop a local Comedy Scene. Created WomanGong Comedy which is all about the funny local ladies. Wollongong Comedy is also seeing the return of Class Clowns for 2019.

Along with this Shane is also branching out into producing with LadyMoon Productions. 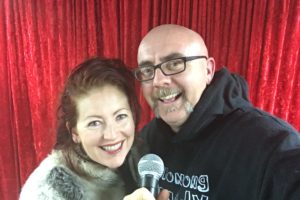