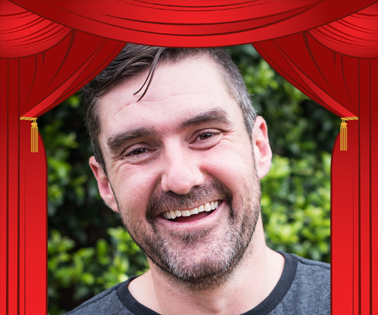 Andrew’s Comedy career began with a bang in 2010 when he made the NSW State Final of Raw Comedy. Since then Andrew has become a fixture of the Sydney comedy scene. Andrew has established himself as a crowd favourite across the Sydney Comedy Scene and beyond. He has performed in cities and towns around Australia.
Andrew has a relaxed, affable style which belies a razor sharp wit. His comedy is filled with insightful observations and witty anecdotes. Andrew is sure to be a crowd favourite wherever he performs.
“Quick witted, sharp-tongued…” The Daily Telegraph
Presale $15 / $20 door
Doors Open 8pm / 8.30pm Show kickoff