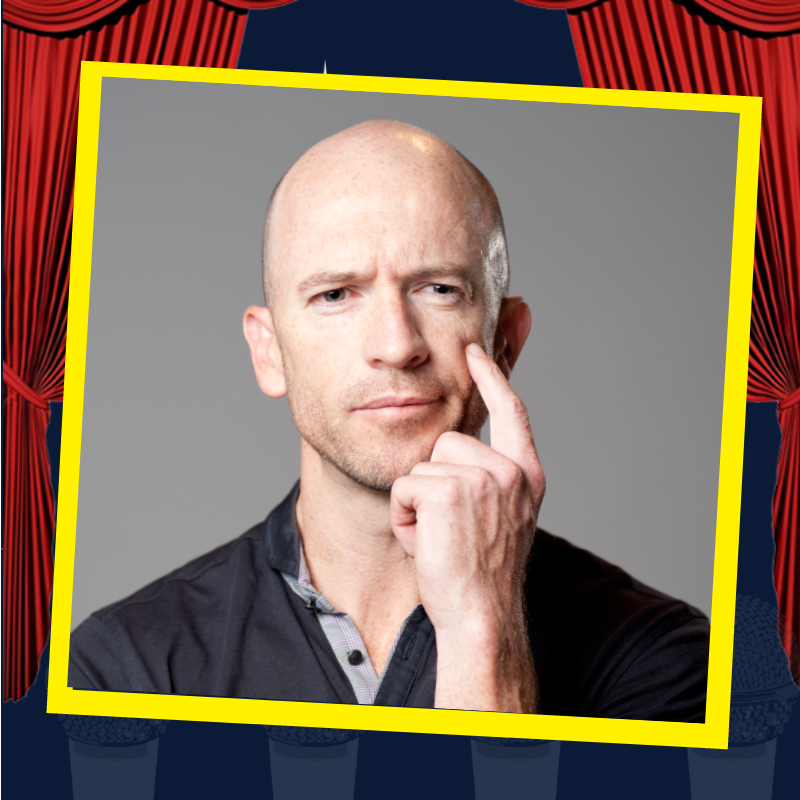 Gary is an accomplished stand-up comedian, actor, writer and film director.
Gary has performed all around the world from Singapore to Paris, to New York and London. He has done shows at the Edinburgh, Melbourne and Sydney Comedy Festivals.
Gary has made numerous television appearances including,
Spicks and Specks, The Footy Show, Rove, The Nation, Studio 10
and early in his career (when he had hair) hosted Candid Camera
on Channel 10.
Gary began his foray into comedy as a writer for 2DayFM’s Morning Crew, graduating to host his own nightly programme –
The Late Show with Gary Eck.
Gary can be heard regularly on Richard Glover’s Thank God It’s Friday on ABC 2. Gary has been nominated for and Aria Award for his comedy album, The Hollywood Motel.
MC – Emma Zammit
Supports – Marty B Right , Jamal Abdul
Doors open 8pm
Showtime 8:30pm