Matty B – Live Recording – I’ll just have a little bit 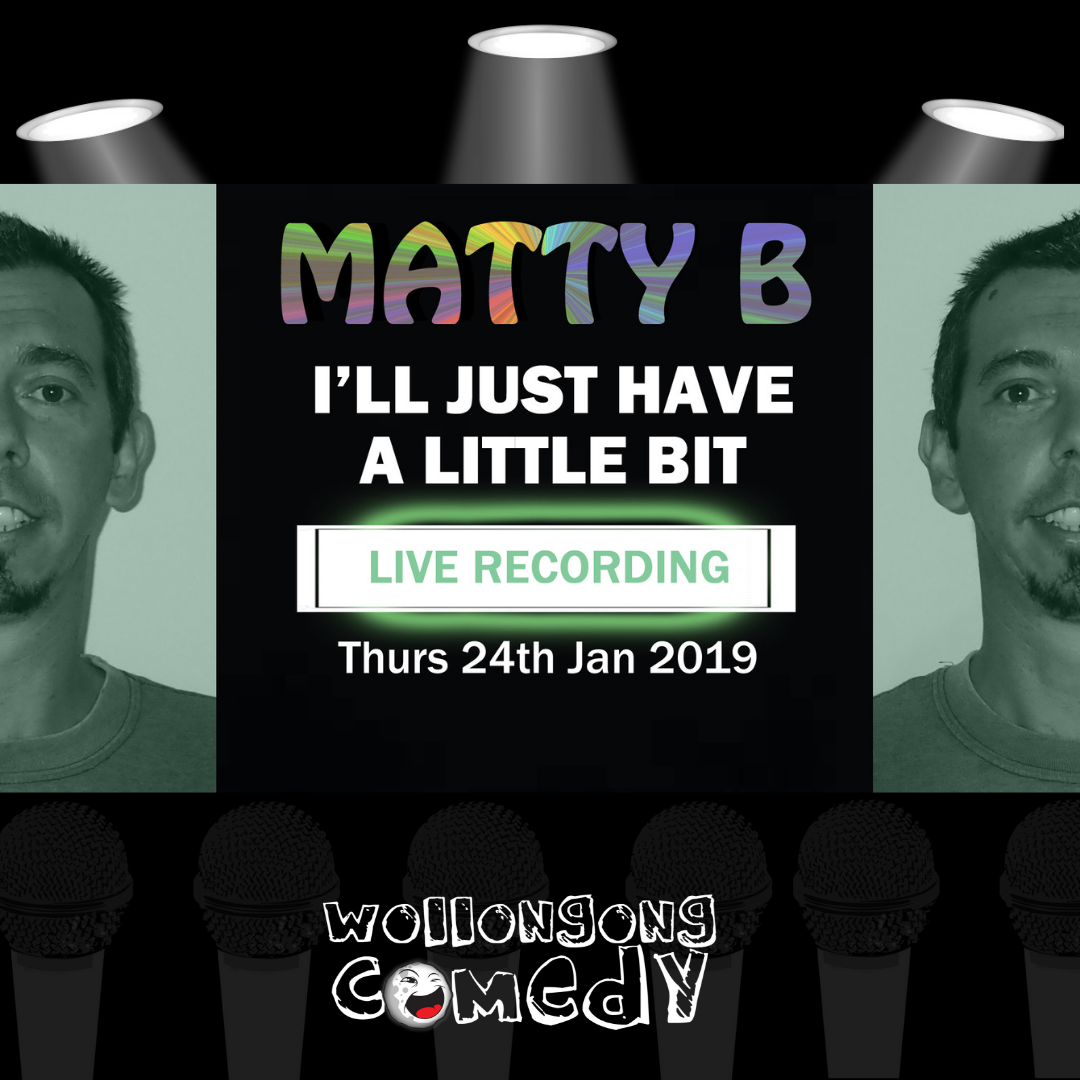 Alternative comedian Matty B, in association with LadyMoon Productions and Wollongong Comedy is going to be recording his second stand up comedy album, I’ll Just Have A Little Bit at the Wollongong Builders Club in January.

Known as one of the most unique joke writers in the country, Matty’s dry and dark jokes have seen him travelling all over, becoming a crowd favorite in some of Australia’s biggest clubs and festivals. Now its time to hit the record button and create the sequel to his highly acclaimed first album, Philosophical Bogan.
https://itunes.apple.com/au/album/philosophical-bogan-live/1079544035

I’ll Just Have A Little Bit is the best of Matty’s jokes from the last three years in one performance. It reflects on the aging process, the complications of relationships in your 30’s, the possibility of parenthood (not going to happen) and how the world is changing for better and worse around us. Matty’s perspective on life is one from a genuinely alternative perspective that simultaneously maintains a grounding in the real world and his comedy is astute, articulate and at times uncomfortably honest.

‘…one of the best comedians in the country’
Mikey Robbins

Come and see why Matty B is earning a reputation as a unique word smith and composed performer this January at The Wollongong Comedy Club. 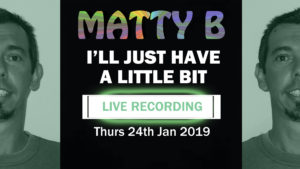