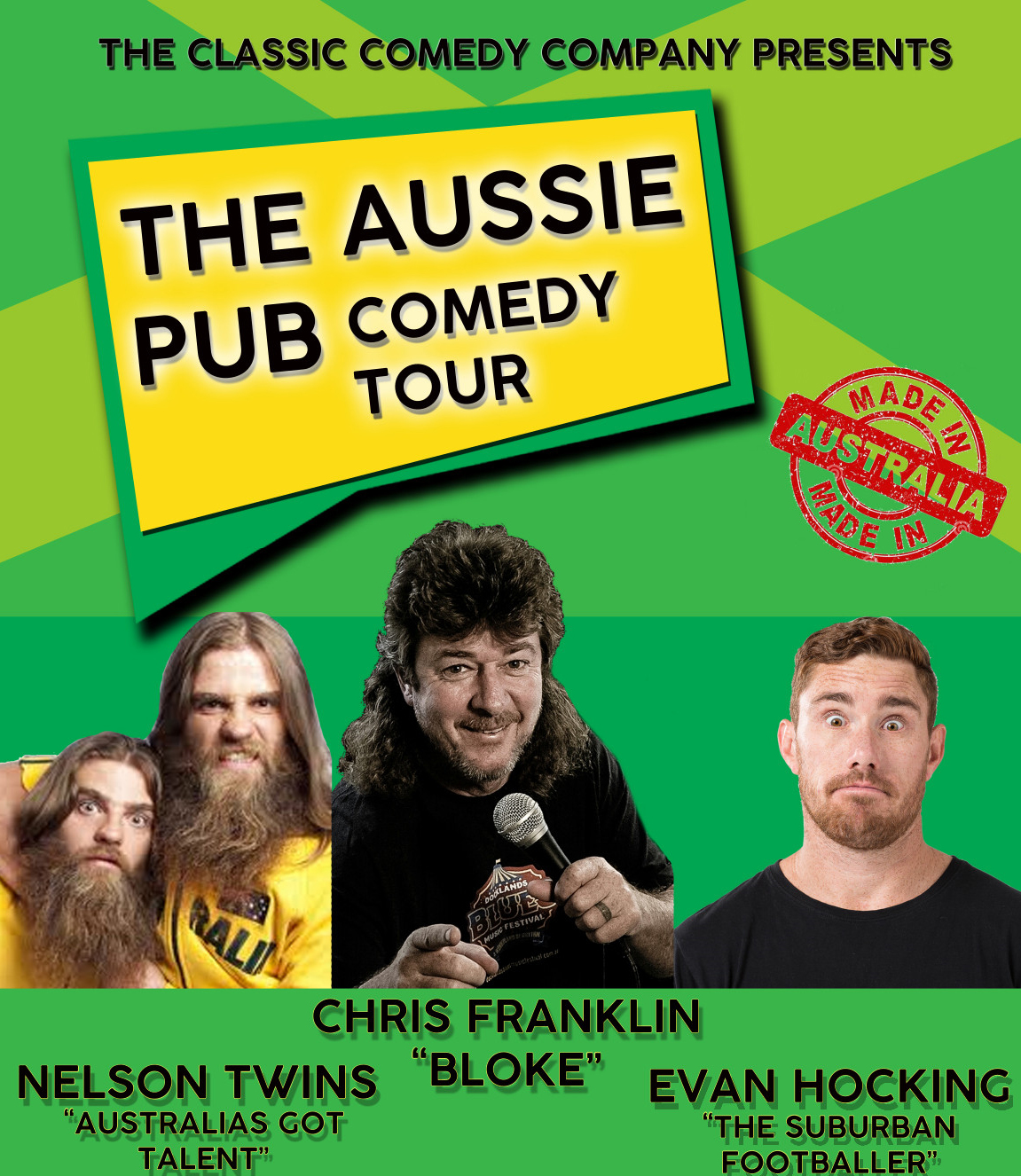 Wollongong Comedy along with the Classic Comedy Company is proud to announce “The Aussie Club Comedy Tour” is coming to The Builders Club.
Featuring “The Bloke” himself Chris Franklin
The Nelson Twins “Australia’s Got Talent” and
Evan Hocking “The Footy Show”
A little more info on the acts:
Chris Franklin:
Chris is one of Australia’s premier comedy stars. He’s an Aussie bloke, a yobbo or a bogan, from his flannelette shirt to his double plugger thongs. His ‘Hoganesque’ style of comedy appeals to every average Australian and touches on the delicate issues of beer, sport and relationships – he’s also had a number 1 hit single entitled ‘Bloke’. Not bad for someone who can’t sing.
The Nelson Twins:
The Nelson Twins are one of the most unique stand up comedy acts in the world. Raised in rural New South Wales, they have been performing as a duo for the past 7 years. From their humble beginnings in 2006, the twins have fast become one of the most sought after double acts in Australia, dazzling corporate and club crowds alike with their cheeky humour.
Evan Hocking:
His punchy delivery mixed with observational humour and storytelling is a perfect fit and he’s as comfortable at a packed sporting club as he is at a low key corporate event.
Doors open 8pm / Showtime 8:30pm
Presale $15 / $20 Door