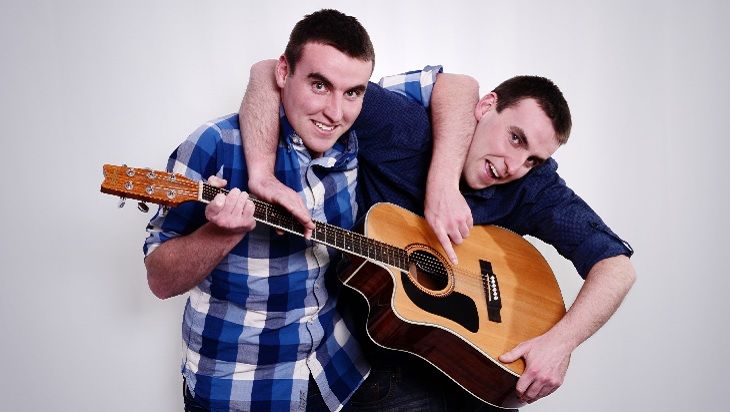 Benjamin and James Stevenson are identical twins who combine to form the musical comedy duo, “The Stevenson Experience”.